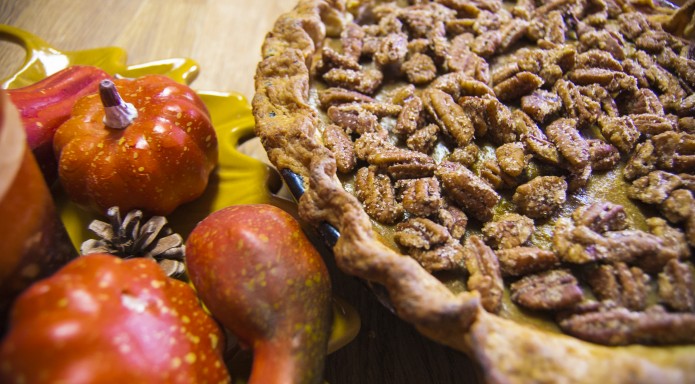 Pumpkin Pie. Love it or hate it. I’ve managed to convert many who swear they HATE pumpkin pie with this recipe, including my picky husband. This isn’t your traditional pumpkin pie and I refuse to make what Libby’s Canned Pumpkin calls “Famous”. Sorry Libby. This is my first recipe for the Farm and probably one of the first recipes that I’ve had to painstakingly write down. But, in the spirit of Thanksgiving I completed the task and offer you my pie. Yay!

In your most recent holiday CSA share, you received those wonderful little pumpkins known as sugar pies. These aren’t your typical carving pumpkins and are much sweeter and less watery making them perfect for all of your pumpkin dishes. Below, I’ve included instructions on how roast and prepare your pumpkin.

From there, you can use the puree as-is or cook it down to remove the moisture. For the pie recipe I used it as it was. I roasted my pumpkin the day before I embarked on making the pie and crust. You can easily do the same by putting it into a container and placing it in your freezer until you’re ready to use it.

Ok, not everyone likes making homemade crust. I know I’m terrible at forming the edges and making it look like something out of a Martha Stuart fantasy. But… I like the taste of it so I’m ok with an imperfect pie edge. If you’re not feeling adventurous you can always buy a pre-made pie crust. I won’t judge you. 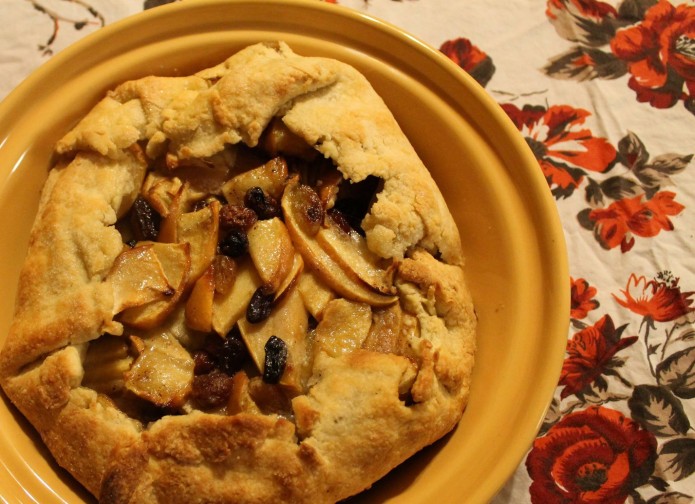 This free-form tart is easy to make and looks beautiful on a Thanksgiving dessert table!